The scenario, in many respects, has an air of familiarity to it. In the last few years, Europe has borne witness to the Scottish Referendum in 2014, Britain’s Referendum vote on EU membership in 2016 and now Catalonia’s push for independence has resurged. There are a few familiar issues which have proved common to all.

Stakeholders do not like uncertainty, whether they be investors, businesses, or markets. They don’t know what the new rules are, and the prevailing instinct is to retreat and retrench. This can be observed in the UK and Europe where businesses do not know what to plan for and – in the political vacuum – are having to instigate contingency plans they may not have wanted to, had the picture been clearer. 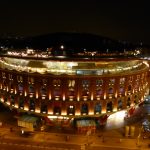 As a result of the Referendum in Catalonia, the second-largest bank in Catalonia and the fifth largest in Spain – Banco de Sabadel – has decided to move its legal headquarters out of the region to Alicante as Catalan separatists clashed with Spanish authorities. Its actions were also prompted by a sharp fall in its share price.

At the same time that CaixaBank, the biggest bank in the region and the country’s third largest, also considered redomiciling outside Catalonia.

The moves reflect nervousness among the region’s business community as relations between Barcelona and Madrid deteriorate. Madrid is doing everything in its power to prevent the region from formally breaking away following the Referendum, which was held despite Spanish courts banning the vote.

With a population of 7.5m which has created an economy the size of Portugal’s, it accounts for 19% of Spain’s GDP and more than 25% of foreign exports. So there is an economic rationale for Madrid to hang onto Catalonia.

Spain’s stockmarket fell and so did the euro over the impact of the vote.

Compare the hard-line, inflexible, stance of Mariano Rajoy’s government, which has ended up provoking more than placating, with David Cameron’s approach to Scottish Independence. At the time, seen as too conciliatory by some, it diffused the situation as much as could be expected. This approach didn’t, however, work with the European Union (EU), which was widely seen as far too emollient in the UK and lacking the backbone necessary to stand up for Britain’s rights. Hence the surprise Referendum result.

Banks have rapidly assessed the position and are doing what they deem to be the best moves in the interests of their customer base and shareholders. Possibly rattled by historic scenes of runs on banks (Northern Rock and 2007 are not so distant).

Banks like Sabadell, regulated by the European Central Bank and the Bank of Spain, may wish to maintain regulatory continuity from within the EU. Under EU treaties, a region that breaks away from an EU member state must re-apply for membership, as we know from the Scottish situation.

If a bank wants access to the European Central Bank’s cash auctions, it must have at the very least a subsidiary located in the single currency bloc.

Although Catalonia would struggle to gain recognition as an independent state, so many banks would remain inside the eurozone, bankers want to avoid any perceived doubt and are likely to prefer to prop up confidence.

CaixaBank appears to be keeping its corporate headquarters in Barcelona so far, but may need to act to change its legal seat to protect the interests of depositors.

Many will be hoping that this distracts Spain from its attempts at challenging the sovereignty of Gibraltar. Although there has been widespread shock at the heavy-handed violent nature of the way the national police, in a European democratic country, dealt with its citizens.

As an investor you can’t foresee every eventuality and scenario in the place you invest in, but you can minimise risk. Investing in a city with international appeal and reach like Barcelona, means that it should have enduring appeal beyond the immediate conflict. Investors may be wary, but given the importance as an economic engine of the region, that should translate into greater resolve on both sides to arrive at a constructive solution.