Now not many of you may be thinking of Cyprus as a place to buy a holiday home, given what the country and economy went through at the beginning of 2013, when savers were forced to contribute to helping the country out.

Cyprus has traditionally been a place where British and Russian buyers have topped the poll of foreign national buyers. Increasingly  there is more of an array of different nationalities buying here, from Northern African, to Middle Eastern and Gulf State buyers from countries like Egypt, Israel, Lebanon, Kuwait, Saudi Arabia and Qatar, as well as Ukrainians, who are following the Russian lead. Chinese buyers are also being drawn into the luxury end of the market as developers proactively target the Chinese and bring a new group of buyers into the Cypriot luxury property market 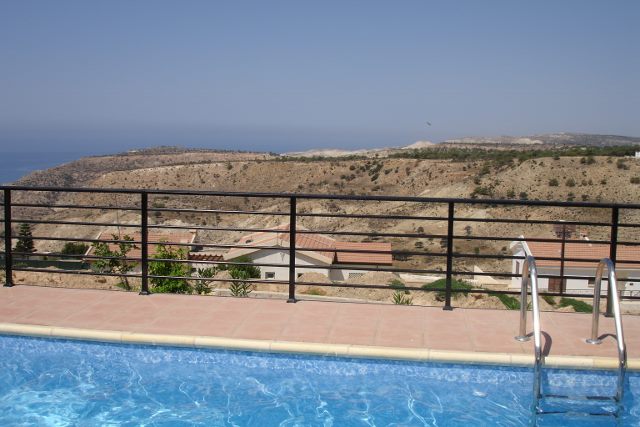 The motivations for this broader array of international investors is also shifting, with more citing global unrest among their motivations for buying, as they seek a safe haven for their money, as well as a desire to secure a bolt-hole.

The luxury end of the property market remains less affected by the vagaries of the economy. Given the number of restrictions on the mortgage market now in the UK with the MMR and elsewhere where credit is so much harder to come by, it is the ‘borrowing buyers’ who have been more affected. Those with cash have the freedom to see-like-buy without being handcuffed by stringent lending criteria.

The criteria for buying a property at the top end of the market remains unchanged, although some buyers are going for a slightly larger property, in case it becomes their main residence, as opposed to just a holiday home. A key criteria at the top end is for quality, but also in a location where the investment is more likely to maintain its value and appreciate, so investment money is protected. There is a desire to be at the heart of the financial and business centre of the country for some, which leads many Russian buyers to Limassol, which they perceive as the country’s hub. With the old town, new marina and tourist areas, there is a lot to meet a range of tastes. And Limassol has proved one of the most resilient cities in Cyprus.

Falls in the economy and property market are halting and seem to be on the turn. This is remarkable news given the Cypriot economy’s crisis only became official in March 2013, compared with other markets like Spain, which has endured hardship since 2008. Part of this can be explained by the ‘bail-in’ where Cypriot citizens had their savings shaved, as opposed to a European ‘bail-out’ where stringent criteria were imposed on a country in return for financial help.

Cyprus held its first ‘post-bail-in’ public bond issue in April, which was deemed successful with a coupon of 6.5%, which bodes well for future government borrowing at lower rates than in the past, partially reflecting a less risky investment for financial markets.

Is this the fastest turnaround in Europe yet?

The International Monetary Fund (IMF) expects growth to go from -4.2% 2014 to +0.4% growth in 2015. And the flow of money is easing as domestic payment restrictions have been lifted. Foreign money is coming in again, generating the first net inflows since 2012. So if you are getting interested in buying a Cypriot Home then get in touch.