It is odd that not so long ago Spain was among the ‘PIGS’ brigade of struggling countries, yet it is emerging now as a positive force in Europe.

Whilst Spain is still navigating uncertain political times, in the aftermath of its election at the end of 2015, there is a lot of good news. Mariano Rajoy, the prime minister and leader of the centre-right Popular party, commands the biggest bloc in parliament, but no overall Parliamentary majority and has, as yet, to figure out how to work with the other parties. 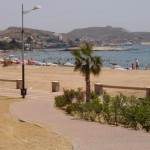 In 2015 Spain’s economy grew at its fastest pace since 2007. The country remains firmly on a growth path, following years of recession. Some strong domestic dynamics, underpinned by the lowest unemployment rate in over four years, coupled with flexible fiscal policies, have enabled the economy to outperform many of its European peers.

It is not out of the woods completely yet, though. Whilst unemployment has dropped significantly there is still really high youth unemployment. And indications are, jobs which have been created, are made up of a significant number of temporary or part-time posts.

But confidence is there. Investment in Spanish real estate has reached record figures.

There was around 13 billion Euro of investment in property construction across the spectrum of property types, in 2015. This is 25% higher than in 2014, three times the amount invested in 2013 and greater than the total investment of 2007, before the property bubble burst.

According to property company CBRE, 2016 is expected to see more than 10 billion euro-worth of investment in Spanish real estate, with office rentals and commercial property really taking off. Up to now, more than 70% of all investment into real estate in Spain, has been foreign money. Much of it originates from America, the UK or France.

In residential property, Spain is showing a moderate price recovery, supported by the latest Registrar data showing the property price index up nearly 1% in Q4 2015, with prices up annually by 6.65%.

Property prices are rising most in the desirable districts of the top cities, where there is a shortage of good housing. Mortgage lending is on the rise, stronger middle-class household income is positioning the domestic market well for buying and there is an emerging preference for buying and owning property rather than renting. All of this points to a sustainable property price recovery into 2016.

Madrid and Barcelona are experiencing property price rises of over 15% at the end of 2015 (vs Q4 2014). Favourite holiday home spots for foreign national buyers, like Murcia are up 13% and Andalucia, which covers the Costa del Sol and Costa Almeria, is up 10.5%.

Looking forward, based on enquiries for the matching period at the end of 2015, Alicante is among the most-searched for areas for properties under €250k on the mainland as is the Malaga area. Unsurprisingly the islands of Ibiza and Mallorca attract a lot of enquiries, albeit at slightly higher price points.

There are the inevitable fillips in the strength of the currency, with Sterling weakening against the Euro, which accompany most news of uncertainty in a given market.

Currently there is freedom of movement for UK citizens, as part of membership of the European Economic Area. Were Britain to leave the EU, it is likely a workable solution would be found, given the strength of the UK economy and the EU has tended not to impose visa requirements on wealthy countries. What’s more the British are by far the biggest group of international buyers of residential property in Spain, so have some buying clout.

It is worth considering whether airlines would be affected, should costs rise at their chosen airport hubs. For example, Ryanair boss, Michael O’Leary, supports the ‘In’ campaign as he thinks there may be increased costs to airlines with exiting.

Non-EU membership has never been a significant barrier to property ownership in Spain. Take for example the number of Chinese property buyers in Spain. Although Visa incentives and waivers may have contributed to the volume of purchases. Property Investors or holiday home owners may face a bit of additional scrutiny, but then again, the authorities have already been stepping up transparency of house purchase transactions and tax declaration anyway, independent of the BREXIT situation.

Under the Lisbon Treaty there is likely to be a period of up to a two years before the UK actually leaves the EU. It would certainly create a headache, untangling all the property-related legislation which has been rolling out over the last few years, covering mortgages, taxes and inheritance and it would take a considerable while for the changes to fall into place. In the interim, it is likely to be currency fluctuations and interest rates which will bite in the short term. Brexit would have minimal immediate impact on active buyers. Britons would continue to enjoy the same rights as other EU citizens until at least 2018, if not beyond.