A recent FT article piqued my interest talking of “PIIGS” and “FISH”. Must read on I thought…It wasn’t meaning bottom-fishing in property markets at all, which was one of my thoughts…

The article looked at Europe, from an outsider’s perspective, that of an American investor.

Until now the panic has been about keeping Europe afloat and mouth-to-mouth resuscitation on “PIIGS” (Portugal, Italy, Ireland, Greece and Spain) to keep the Euro alive. Still with me?…(I am of course paraphrasing a lot)

So whilst Greece seems to have a financial solution that can tie it over for a year or two, attention is now turning elsewhere. Some hedge funds have returned to Spain & Greece after 2 years’ absence. This according to the fund managers, shows confidence that Germany will do whatever it takes to keep the Euro together. 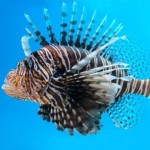 However, the immediate concern is no longer about propping countries up, but profound discomfort about growth at the core of Europe. So focus has shifted from “PIGS” to “PIIGS” to “FISH” – or the big nations of: France, Italy, Spain and Holland.

In some respects anxiety about Italy and Spain has waned recently, mainly owing to the European Central Bank’s promises of support.

But what worries the American investor, according to the FT, is not the risk of short-term crises, but the long-term structural challenges that are stymieing growth. After all, we have a number of countries where there is fierce political rivalry among parties to prove their economic policies will work much better than the other’s, which is causing a bit of a tug-of-war.

The Institute for International Finance is forecasting stagnation in France 2013 and further contractions in Italy and Spain. The lack of a competitive trading environment in France, is aggravating the situation. The French workforce appears to be expensive to employ. Spain seems to be emerging as comparatively cheap. Just this week it was announced that Nissan is to invest €130m in its Barcelona plant. A big contributory factor has been Trade Union agreement to limit any wage hikes. Whilst this in itself, does not turn Spain around, it does start to eat away at the 26% unemployment rate.

We are even witnessing  Silvio Berlusconi, the come-back kid, posturing in the General Elections saying he will undo a lot of Mario Monti’s policies, which does not appear to be good news for Italy.

Attention has turned to the structure of the core European economies and now the future is in the balance because of them. Politics and economics become intrinsically entwined

Holland, (the tail of the “FISH”) has a property market that could be described as a bubble and  household debt is high (Holland has been described as four years behind Spain). SLJ Macro (Investment Company) notes, “The Netherland’s residential debt (mortgages) to GDP ratio is 107.1 per cent, compared with 52.4 per cent for Spain and 41.2 per cent for France.”

A contributory factor to the situation in the Netherlands, is MIRAS. Do you remember this in the UK  in the 1980s and 1990s?  Mortgage interest relief at source, abolished in April 2000 in the UK, provided a tax relief on mortgage interest payments for the first £30,000 of a loan. As such, someone can take out a loan, for more than they could normally afford to do, by virtue of this tax relief. This, and the structure of the property supply chain, serves to distort the property market in the Netherlands.

Business sentiment and activity in Europe does now seem to be picking up. Before Europe becomes a truly attractive investment destination for outside investors it must shed the “FISH”y  image though. Or individual countries must come to the fore and demonstrate their wares.