If you are a property investor or have bought an apartment in Istanbul, you might be wondering what is happening in Turkey. Istanbul’s unrest is a sign that more people want democracy higher on the agenda.

Whilst Turkey is one of the more liberal, Muslim-leaning countries, the scope of this liberty seems to be getting tighter. Turkey 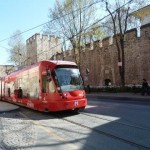 positions itself as a Secular State-meaning the country is denominated by no single religious faith, divorcing religion and state, accepting of a multitude of faiths. However over 90% of the population are Muslim of some description, with a powerful Religious Affairs Department, which is responsible for piping sermons into the Mosques across the country.

This “liberal” state of affairs seems to have been enjoyed by the Middle classes. They appear now, however, to be increasingly concerned lest the incumbent Prime Minister, Recep Tayyip Erdogan of the Justice & Development Party, turns the clock back and runs the country in a more autocratic way, harping back to the Ottoman era.

On the one hand Turkey and Istanbul have benefited from strong leadership. Recep Tayyip Erdogan has led during an unprecedented economic growth and turned Turkey into a global player on the world stage.

Erdogan’s has ambitious plans to renovate or re-build chunks of the central part of Istanbul’s properties. Taksim square has already undergone renovation and plans to turn Tarlabasi, Beyoglu, into the Champs Elysées of Istanbul are already underway. It is estimated 40% of Turkey’s housing stock needs replacing.

The infrastructure is being improved continuously, with new Metrobus stations being added at Beylikdüzü, metro extensions being built, to not only connect more of the city, but to also pass under the Bosphorous to connect European Istanbul with Asian-side Istanbul. In fact Erdogan has announced infrastructure projects worth more than £52bn for Istanbul alone, no doubt he sees this will help his popularity. Indeed Turkey has big ambitions to host the 2020 Olympics.

However, it is partly these plans which seem to have gone a step too far. The decision to build over one of the few remaining green areas in Istanbul, at Taksim Square’s Gezi Park have acted as a catalyst and caused outrage.

There has been a build-up to this, with greater controls on the likes of alcohol sales and smoking.  Erdogan and his party are seen as not listening to the Turkish people. Turkish prisons appear to hold more journalists than any other country. What’s more coverage of the protests appears to have been muted in the early stages, with Blogs surfacing and social media being used to give a voice to the protestors

A happy medium needs to be sought.

With 2.5 million British tourists each year and 35,656 Britons who have bought properties there up to 2011, among other nationalities and Middle Eastern buyers seeing it as a safe-haven in their part of the world, the government would do well to take stock and soften its stance.

Property Investors and Foreign Investors welcome economic and infrastructure improvements, but not all are comfortable with social protests of this nature. However part of the attraction of Istanbul for Property Investors, and Turkey property as a whole, has been the amount of progress that has been made to date. So it would be welcome news to see the economic progress continue, but with the population of Turkey being included as part of that progress.