Property purchasing will be based more on micro-economic decisions, localised to areas where the economic upturn might happen ahead of rest of the country, or where potential infrastructure improvements are afoot. New energy sources, infrastructure, micro-regions not countries will shape buying decisions for investors. 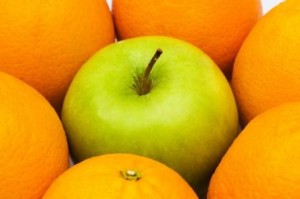 Spain, still tops the lists of searches and buying intentions (A Place in the Sun October survey, RightMove Overseas) but investors will increasingly take note of the future outlook for the micro-economy.

Whilst property price declines continued in 2012, signs were that quality properties, in decent locations, not flooded with other “me-too” properties nearby, were becoming more price-resilient. This will continue in 2013.

Places to look for property, that will hold its value in 2013, are near new infrastructure improvements like the new high speed AVE rail network, which will soon connect places like Vera, on Costa Almeria to Madrid and Barcelona, which will boost the area economically.

What’s more, the new €1bn Paramount Theme Park in Murcia will progress towards its opening, envisaged for 2015. The 22,000 new job-creation and the 3 million incremental visitors expected annually, will boost the local economy and housing market. This is an area (Almeria, Murcia) which will experience an upturn in the economy, before many other Costas.

Poland, the Cinderella of Europe, will continue to be of interest. As a lone growth economy in Europe, it stands out as one of the more stable and safe places to buy in Europe.

Kraków, the second city in Poland (after Warsaw) is a top tourist destination, particularly as a city centre break, as well as an emerging, city location for investment in global BPO projects (Business Process Outsourcing) in the world.* Low labour costs and proximity to important markets in Central and Eastern Europe, make Poland an attractive manufacturing destination.

Poland ranks as the 6th most attractive country for Foreign Direct Investment (FDI) in the world and puts Poland ahead of all other European Union countries. Krakow is becoming a world class outsourcing and servicing centre. The sector provides more than 25,000 jobs and companies such as Lufthansa, Shell, Google, HSBC, Motorola, Capgemini and more recently Cisco have set up back-office operations in the city.

Much rented accommodation has been snapped up by workers for these international firms, driving demand in the local, Kraków property market.

What’s more, Poland is now well positioned to lead shale gas development in Europe. This will help itself and other nations in Europe to limit dependence on conventional natural gas from Russia. The country has one of the largest reserves for shale gas in Europe. Estimates from the Polish Geological Institute, in March 2012 are for production levels of 346-768bn cubic metres (bcm). Estimates for the UK, for instance, are substantially lower at 150bcm. Oil and gas companies with interests in Poland’s exploration fields will be making strategic decisions regarding future operations during 2013 and will encourage investment.

2013 will see Istanbul edge up the global rankings of top cities. Tipped by McKinsey** to be among the top 25 cities for 2025, its property market will take off in 2013. PWC say Istanbul, (along with Warsaw and Munich) are the new hotspots for property investors in Europe. It ranks Istanbul as the world’s 34th richest cities by GDP

The relaxation of rules in 2012 around non-Turkish nationals buying property, will continue to spur sales to Arabs in 2013 and act as a driver for property prices. Istanbul “new home” prices grew by 11.8% in the 12 months to August 2012, measured by the Reidin-Gyoder House Price index change. Ranked by the latest Knight Frank Global House Price Index, as a nation Turkey, was 8th in the world behind Brazil, China and India, in 2011, according to property price appreciation.

Istanbul contributes 55% of Turkey’s trade and hosts 16% of the country’s population. A youthful population and lots of migrant workers attracted to the city, they will all need somewhere to live and this offers the chance of a profitable buy-to-let in 2013. Istanbul city centre prices are high, so the yields will tend to be lower at about 3-4%. Workers will tend to live on the more affordable outskirts, which offers investors the chance of better yields of 7-10%

Property prices are still significantly lower than other major, developed, European cities, so getting on the property investment ladder is far more accessible. What’s more this is one of the few buoyant property markets, in a country that has a growing economy, in the vicinity of Europe. Gross Domestic Product (GDP) growth was an enviable 7.5% in 2011 and whilst projected to be lower in 2012 is still outpacing many countries at 2% (International Monetary Fund-IMF).

**= Based on McKinsey research using a database of more than 2,000 cities, based on a number of dimensions:  average, annual, household income will be over $20,000, youthful population, sizeable