Poland has trodden a long road to where it is today. In 1990, the country had ration cards for petrol, meat and chocolate. Horses were a feature of the countryside and occasionally idled through Warsaw. Most people worked in large, industrial factories, whose goods were not in demand in wealthier economies.

However, people were well educated and many had a first-hand experience of the west, with engineers, scientists and professors making extra money from menial, but well-paid, jobs such as painting British houses.

But then there was progress 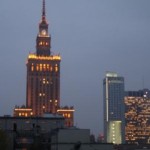 Poland’s infrastructure has seen continual improvement. EU structural funds have poured into Poland, together with government funds, tallying more than €100bn by 2013. The General Directorate for National Roads and Motorways (GDDKiA) has invested billions of Euros on road projects.

Warsaw has the only metro system in Poland, which was opened in 1995, with an expanding network, currently going from north to south of the city, but with expansion plans to reach to the East and West of the city.

Improving transportation, eases travelling around the capital city for its population of 2 million. To some, the population of Warsaw seems disproportionately small for a country of its size. As more blue chip firms invest here, this will drive up the number of workers and the need for accommodation, of which a significant proportion will be rented accommodation.

Poland Property – and then there was shale Gas

Shale Gas is one of the most talked about breakthrough developments in Europe right now. With energy supplies running out, many nations around the Globe are focused on finding a viable alternative to natural Gas or oil supplies.

Shale Gas is a potential game-changer. In the US tapping into vast reserves of shale have cut consumer energy bills and reduced industry costs, to the point that some energy production has been repatriated from low-cost producing countries like China.

Poland is now well positioned to lead shale gas development in Europe. The country has one of the largest reserves for shale gas in Europe. Estimates from the Polish Geological Institute, in March 2012 are for production levels of 346-768bn cubic metres (bcm). So far, 111 exploration concessions have been awarded to about 30 companies, both state-owned and international, over nearly a third of the country.

Until now, Polish businesses have taken technology and equipment, as well as management techniques, directly from more advanced economies and combined these with a cheap, but skilled local labour force, to create two decades of rapid economic growth.

In some respects this has been a bit like the outsourcing role India or China has performed.

The economy has grown by an average of about 4 % a year since radical economic reforms were introduced in 1990. Poland was the only EU country not to fall into recession in 2009, growing by 1.7 % and has outperformed the rest of the EU in recent years: its GDP grew 15.7 per cent from 2008 to 2011, while the EU average contracted by half a percentage point.

Poland Property – So where to from here?

Poland spends only 0.77 per cent of GDP on R&D, lagging behind most of the rest of the EU. Finland, Sweden and Germany spend about four times as much, says Jan Cienski in the FT.

But Poland is now trying to ape Germany’s Mittelstand companies, which are highly effective in exporting to fast-growing emerging economies. So for example Poland has created a grouping of dynamic companies in the aviation sector, largely in the southeast of the country, where local companies and universities co-operate closely with international companies. Yet Poland has still to build a larger ecosystem of specialist, niche businesses similar to Germany’s

It will need to move from production on behalf of foreign company subsidiaries, to original, groundbreaking research being done in Polish businesses.

Already Google have set up Polish laboratories to take advantage of a strength in producing good computer programmers.

And Poland has moved up 19 places in the World Bank’s Doing Business rankings last year to 55th.

Poland Property- So What does this mean for Investors?

With a population of 38m, Poland has a young and rapidly urbanising workforce, which is demanding well-located, rental property and more now have the cash to pay the rents for the property they want. Property ownership is a relatively new concept, with 60% now homeowners

Warsaw, Poland’s capital (with a population of only 2m) still attracts the lion’s share of overseas investment money as foreign companies increasingly seek to establish strategic HQs there.

Whilst Poland is in the EU, it has not yet adopted the Euro and Sterling has strengthened against its local currency the Polish Zloty. Sterling is currently (July 2013) over five Polish Zloty to the pound, up by more than 20% on the preceding 9 months. This means property can be 20% or more, cheaper.

Polish Property Agent, Property Venture® has centrally located Warsaw apartments available starting from c.£136,000 for 60 sqm 1 bed apartments. This complex has 20% of Warsaw office capacity within 1 km of its location, at the centre of office worker accommodation demand.