There is a flourish of good news surrounding the Spanish property market recently, enough to hearten prospective property buyers. Want to know why?

The new build sector is dusting itself down. The number of building licence applications for new housing was up by 48.2% in the two months to the end of February 2015, with 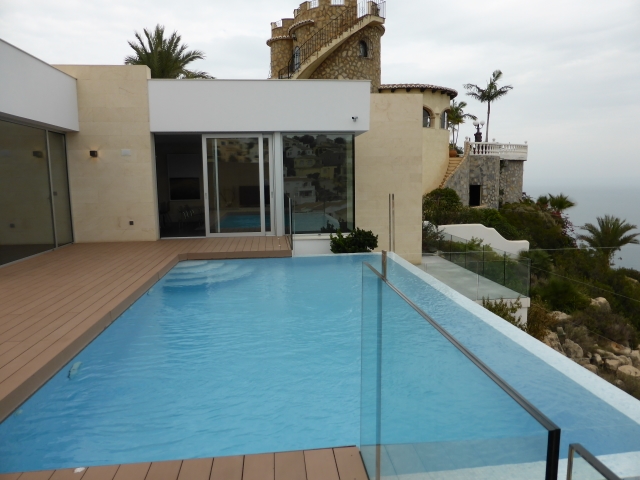 The decline in House Prices is lessening, now at -1.7% in April. Whilst many might argue this is not anything to shout about from the rooftops, it is meaningful for Spain. It compares with the previous monthly decline of 2.8% and is the most moderate year-on-year decline since April 2008.

Leading the way are the main cities in Spain and the towns on the Mediterranean Coast, or Costas, which registered the greatest level of stability year-on-year. The accumulated decline of the past eight years stood at 41.2% in April, the Mediterranean Coast where prices have fallen most (-48.9%), followed by the Capitals and Large Cities (-44.9%). So given the significant falls and the current period of stabilisation, now could be a healthy buying period as the Costas register increases of +1.3% since December.

Banks seem to be lending again too, with government figures* showing a 30% rise in residential borrowing. This seems to be a reflection of both demand, borrowing to buy, and supply of loans from banks, springing back into action. Average interest rates for a mortgage is around 3%. The historically low Euribor rate, on which mortgages are based, has helped suppress rates. The programme of quantitative easing in Europe, which makes it less profitable for banks to sit on money, has stimulated lending volumes.

The average mortgage value in February was just over €109,000 euros, whilst an increase on 2014, it could indicate a relatively low property transaction value (unless of course significant deposits are being put down).

The regions where most mortgage lending took place, reflects the picture of where property prices seem to be recovering first. The highest volumes in February were Madrid, Andalusia (Costa del Sol) and Catalonia (home to Barcelona).

At a time when the Eurozone is expected to grow by 1.5% in 2015, Spain is impressing. It recorded growth of 2.6% in the first few months of 2015, so is well ahead of the game. Unemployment is acting as a drag on the economy, but nevertheless it is heading in the right direction. Its financial system is much stronger, its fiscal deficit has been reduced. And the latest PMI (Purchasing Managers’ Index) survey shows Spain’s service sector growing at the fastest pace in 8 years.