Given there are a raft of political elections in the Netherlands, France and Germany between March and September of 2017 – in addition to the UK serving Article 50 of the Treaty of Lisbon by the end of March, where should you be investing your money?

Germany is a money-magnet, what about investing there? 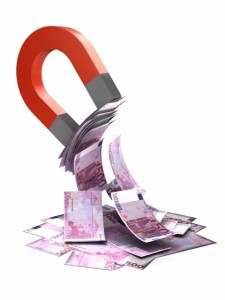 Some British buyers looking to spread risk are turning to Germany, in the heartland of Europe. Germany’s housing market also continues to rise rapidly, amidst housing supply shortages in some cities, robust demand, and strong economic fundamentals. Particularly in cities like Berlin where there is plenty of scope for capital uplift. If the property is in the right location, especially in the up-and-coming areas of East Berlin where prices are lower than many of its Western neighbourhoods, the opportunity for capital uplift is greatly enhanced for example, the area of Friedrichshain-Kreuzberg.

Berlin’s new Brandenburg Airport, due to come on stream in 2018 will enhance Berlin’s status as an investment hotspot with 40% housing supply deficit and 400,000 new residents expected by 2030

Poland is the EUs sixth largest economy, boosted by lots of multi-national businesses attracted by its educated workforce. Poland has recently introduced a €5bn child benefit scheme (‘500+) for families with two or more children – more generous than the famed Norwegian social benefits. It is aimed at addressing a demographic pressure point of an ageing population. It is not only the UK that wants its workers, Poland wants to keep more of its home-grown talent. It also now has over 1m migrants living in Poland who have migrated from the east.

For a British buyer, purchasing a second home in Krakow in Poland should not attract the three per cent stamp duty surcharge and for a British investor buying into serviced accommodation – an emerging trend owing to the higher potential returns – means mortgage interest attracts full tax relief, given its ‘commercial’ investment status. Food for thought for some investors.

France is a stable market and home to the leaseback

France remains among Europe’s stable housing markets, growing by under 2% in 2016. This is part of its attraction. It doesn’t, on the whole, experience boom and bust, which makes it more predictable and better for buyers taking a longer term perspective.

With ultra-low, long term rates in the market, even cash buyers are using mortgages to buy homes. For example, in France buyers are getting 25 year fixed term mortgages for under 2% to buy homes. So for investors outside the Eurozone, this enables either Sterling or other currency investors to address or overcome a yo-yoing exchange rate with the Euro, but still get the home or investment you want.

The UK has proved a good place to invest, given the lack of housing stock and the phenomenal population growth in recent years. London has acted as a barometer for the whole property market in the UK, although the prime central London property market has already been affected by affordability issues, oversupply of high end flats and stamp duty changes.

Overseas investors are also now looking to secondary cities for healthy yields, like Manchester, Liverpool, Birmingham and Sheffield given the government’s policy of rebalancing the UK economy, as well as High Speed 2. Manchester has some of the highest yields in the country for buy-to-let at between 6-7%

A reminder of the importance of infrastructure improvements and regeneration comes in the form of the London and Commuter Cross Rail Line, now known as Elizabeth Line.

Over the last 10 years all 40 stations along the new Elizabeth Line have recorded price growth double the rate of the average for England as a whole, according to new research*. 24 of the areas near stations on the 73 mile line have seen prices rise more than 40% since 2007 and prices are forecast to continue rising when the stations open as the new line slashes commuting times when it opens at the end of 2018/2019.

The average price rise in England has been around 25% in the last decade but the average increase along the Elizabeth Line has been 48%, to an average value of £530,000.

Property Venture® is an award-winning, European Investment property company who helps build portfolios and the purchase of holiday homes in Europe, with common-sense advice.