It has been a while since I visited the city centre of Birmingham. Having been to look around the University of Birmingham in 2017, this trip did not take me beyond the University campus area. And what a revelation it was. I still had memories of the Bull Ring of yesteryear embedded in my mind. 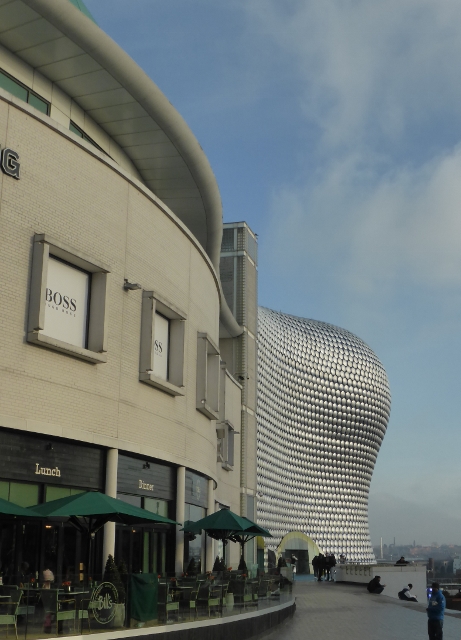 This recollection was completely wiped away by the modern vision of the Bull Ring and Birmingham city centre of today. Hindsight is a wonderful thing when we talk of pending infrastructure improvements, private sector investment and government commitments to improve transport connectivity. This visit showed all of these things have been happening in Birmingham and with a lot more in the pipeline.

The recent announcement that Birmingham is confirmed as the 2022 Host for the Commonwealth Games has just been the icing on the cake. As far as infrastructure is concerned there is a dizzying array of strategic initiatives which have already completed, or are underway.

There has been regeneration in Birmingham

Birmingham New Street Station – the £600 million Gateway scheme which delivered a bright, modern, 21st century focal point for Birmingham in 2015 – is helping to regenerate parts of the city centre creating thousands of jobs, with spin-off effects in other areas in close proximity, like Digbeth and Smithfield.

With High Speed Rail being brought directly into the heart of Birmingham, significant investment around the HS2 Curzon Street station is revamping the area. There is also a new City Centre Interchange on Moor Street Queensway – a £12 million investment by the city council and the bus system in the city centre is being improved.

The Library of Birmingham is a £188 million city council investment creating one of the largest libraries in Europe in the heart of the city and underpins the wider regeneration of the city’s ‘westside’.

As well as new city initiatives

Advanced metro extensions along with the ground breaking HS2 (High Speed Rail) connecting Birmingham with London, will underline emphatically its position as one of Europe’s leading cities. The Midland Metro Line 1 Extension – a £129 million extension of the Metro Line from Snow Hill Station to New Street Station supports the inter and intra city upgrades.

Birmingham benefits from migration away from London

Whilst many people leaving London – in a bid to escape the unaffordable housing – want to live in nearby areas in the Home Counties like Kent there are significant cohorts moving further afield to the likes of Birmingham and Brighton, whose populations were swollen by a combined 12,100 people from the capital in 2016.

Want to get your hands on a city centre investment property in Birmingham, then go here