Brexit is an important issue considering the number of landlords based abroad, investing in UK buy-to-let property, has surpassed 2 million* for the first time. And Industry estimates put at more than 1 million the number of British people who own a property in another country. Approximately another 600,000 have a financial interest in a foreign property through timeshare ownership**. And it is estimated there are 2 million British expats in Europe. 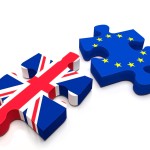 UK home ownership in other European countries is even more important when you consider that home ownership levels have fallen in the UK, as a result of tighter credit availability*** inaccessible house prices – which make it almost impossible for some to get onto the property ladder – and with supply being at a 12 year low•. In this context overseas home ownership offers a serious alternative to buying and owning in the UK alone, for British people.

Property investors not only have economic concerns, about whether the UK will remain strong and stable alongside Europe, but also to what extent the ease of cross-border travel between the UK and Europe will remain? There may be Visa requirements, which might increase the hassle-factor and costs. But it is worth remembering the UK is the second biggest economy in Europe and other European countries would logically want to maintain a mutually, beneficial relationship.

Uncertainty over BREXIT is already affecting homeowners in Europe, rendering Sterling more volatile against the Euro and making it trickier to time cross-border money transfers. If Britain leaves the European Union it is likely Sterling will remain volatile and weaker for years to come, until the implications of an independent Britain are clearer.

Double Taxation agreements between countries, which deal with the treatment of income taxes, and Capital Gains Taxes among others, are designed to ensure a homeowner abroad doesn’t pay the same tax twice. These agreements will still exist with Britain outside of the European Union, given they are international bi-lateral pacts, so this will help with continuity of tax planning.

It is only recently (August 2015) that European Directive 650/2012 came into force, aimed at harmonising inheritance rules across Europe. For many British expats the expectation would be for a Spouse to inherit their estate, but yet in many countries in Europe, children are prioritised over Spouses as default inheritors. So currently it is important for homeowners in Europe, to ensure their Will is clear and binding across the European jurisdictions. This Directive should not override domestic law were Britain to leave the EU, but it is still advisable to ensure a Will is set up properly, as it could take years for Britain to unravel the relationship with the EU.

It is a moot point whether BREXIT or George Osborne’s UK tax changes will have the more dramatic effect on Britons who home-own in another European country and the value of those homes. The second-home stamp duty surcharge of 3%, is likely to still apply to British homeowners living abroad who seek to buy a second home back in the UK.

The withdrawal of higher rate tax relief on buy-to-let mortgages, though, may make it more attractive to own a second investment home in Continental Europe, given a number of countries there do not impose such restrictions on mortgage interest as a tax-deductible expense.

It is important to distinguish between what regulation is being driven at a European level and what is being driven globally. Take for example the Basel Committee’s proposal that Mortgage lenders hold bigger buy-to-let cash buffers. This affects Bank profitability and means either more limited lending or interest rate margin hikes. This could fundamentally affect liquidity of the buy-to-let market in the UK and abroad, but is not driven by European legislation.

On the other hand the European Mortgage Credit Directive (MCD) comes into force in March 2016 and among many changes, it obliges lenders, offering mortgages denominated in a foreign currency, to monitor foreign currency fluctuations and warn borrowers if the rate breaches 20%, as well as offering borrowers the option of switching the loan into sterling. This effectively shifts the currency risk from borrower to lender and creates a headache for many lenders. Lenders may choose to withdraw from this part of the market, meaning professionals living in Europe, but paid in a Sterling will likely see their mortgage options shrink. If Britain leaves the EU it could arguably loosen a lot of this regulation and make it easier for British homeowners abroad to finance their properties, although the cost of the finance may increase.

Exiting Europe may make it more difficult to collect or chase debts across borders though. Up to now, if a homeowner wanted to ‘hand back the keys’ to the mortgage provider because they could no longer service the loan, any negative equity or shortfall owing, could be pursued with an European Enforcement Order (EEO). If the UK were to exit the EU this may not be as easy for lenders to do and so they could accommodate this risk by making borrowing across borders more expensive.

Under the Lisbon Treaty there is likely to be a period of up to a two years before the UK actually leaves the EU. In conclusion, it would certainly create a headache, untangling all the property-related legislation which has been rolling out over the last few years, covering mortgages, taxes and inheritance and it would take a considerable while for the changes to fall into place. In the interim, it is likely to be currency fluctuations and interest rates which will bite in the short term.