Turkey’s house prices are buoyant, rising strongly, by nearly 7% year-on-year at the mid point of 2013 (on an inflation-adjusted basis). Even more so when you consider nominal prices (headline figures, not inflation-adjusted), which reflect a rise of 16% over the same period.

So where are property investors putting their money these days? There’s a lot of money going into Istanbul for a whole host of reasons including: being in a prime position geographically bridging East & West, as a safe haven for Middle Eastern & Arab money and as the population shifts from the countryside to the city seeking better paid employment. The Istanbul Property Market is proving exciting, where yields can be as high as 7%-10%, owing to rental demand being strong and property prices at relatively good value.

Istanbul, is considered a city of tomorrow, ranking as a top 25 city for 2025 on a number of dimensions: as a city whose average, annual, household income will be over $20,000, whose population will be youthful (high proportion below 15 years of age), sizeable (already over 15m), in spite of it not being the capital of Turkey (Ankara is).

There have already been additions to the metro in Istanbul with new stations extending its reach to Ataturk airport on the European side and in time to Sabiha Gokcen airport on the Asian side. The Marmaray Tunnel is the latest addition to Istanbul’s infrastructure improvements, a rail tunnel under the Bosphorous, built to connect Asian and European-side metro stations, due to enter service late 2013. This will undoubtedly have a positive impact on the property prices in this area 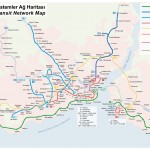 The Marmaray tunnel project is upgrading about 76 kilometers of commuter rail from Halkali to Gebze, which is mainly over-ground, with a section going 55 metres underground under the Istanbul Strait, between Yedikule station on the European side and Sögütlüçesme on the Asian side of Istanbul.

This uninterrupted, modern, high-capacity commuter rail system, will significantly reduce commuter time to the point where the city centre can be reached from the extremities of the rail network (and also by Metro Bus on the European Side) within an hour.

This Project is one of the major transportation infrastructure projects in the world: incorporating  three new underground stations, 37 overground stations, track renovation and upgrading, in addition to the tunnel.

There is a balance to be struck in Istanbul, a city of immense historical and cultural significance but which is entering an era when modern railway facilities and transportation are sorely needed for its 15 million inhabitants to get around smoothly and efficiently.

This tunnel is the culmination of a desire to construct a railway mass transit connection from west to east in Istanbul, which gained momentum in the early 1980s. With feasibility and passenger flow studies concluded in 1998, funding was agreed. So it can’t have come soon enough.