Just back from a site visit to Liverpool, which didn’t fail to impress. The buildings are memorable from the iconic, turn-of-the-century, Grade-1-listed Liver Building, to its Maritime and World Museums, to its Victorian architecture and cultural roots as the major port of the British Empire. Culture is evident from Tate Modern to the Cavern Club, the home of British pop music and the birth place of The Beatles. 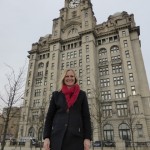 Now there is the opportunity to own a piece of Real Estate at the heart of a UNESCO area in Liverpool. There’s novelty value.

Liverpool property prices are accessible and its city-centre is arguably less developed than Manchester’s or some of the other regional cities. It offers a real mix of modern and the historic, with architecture only rivalled by London. It has made the most of its assets with old docks transformed into trendy Wharfside areas. There are opportunities to buy or live in historic, heritage buildings in old-world charm UNESCO recognised areas, in some of Liverpool’s most desirable locations.

A city buy-to-let which oozes culture and charm

Liverpool is the birthplace of The Beatles and Cilla Black. Creative, stylish and pioneering, Liverpool is a burgeoning centre for digital business, an internationally recognised cultural and visitor centre and home to three great universities (one of which is a Russell Group University) attracting students from every continent. So this is a city a student can come to and still be able to afford to live here as a post-graduate or a worker post-studying. Liverpool city centre’s population continues to expand rapidly fuelling one of the country’s most vibrant residential property markets.

A growing economy, the number of businesses set up in the city is at a 5 year high. Just within the last 12 months there were 825 and rising, faster than the national average. £4.5bn of investment has transformed the city with new leisure, retail and commercial developments bringing jobs and economic prosperity. It supports a wealth management sector handling assets of some £12 billion. Liverpool attracts 30m visitors every year bringing wealth to the city. This has helped the amount of gross disposable income per household rise by 14.2% in the last five years.

The city is a hub within the UK’s motorway network and is served by the West Coast Main Line railway, reaching London in only two hours. Liverpool is within 30 minutes’ drive time of two International airports, Liverpool John Lennon and Manchester, connecting the city to hundreds of international destinations including direct flights to China. As befits a waterfront city, Liverpool remains a major centre for maritime transport, both as a commercial port and as a ferry, and increasingly popular, as a cruise terminus.

Prices in a listed building conversion in a UNESCO heritage area, start from £86,000