So Montenegro divorced Serbia on June 2006 and has, on the whole, kept a low profile on the World Stage. So what of this small idyllic country, after all didn’t it want to be part of the EU?

This small nation with a big coastline, experienced robust growth of about 8% up until 2008, but the credit crunch was felt and a contraction in economic activity took place. For 2012 its growth is forecast to be pretty flat according to the International Monetary Fund (IMF), but then in the current climate in Europe, that seems pretty good!

Montenegro Property -what are the prospects for this divorcee of Serbia and neighbor of Croatia? 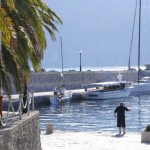 The sharp deterioration on the World stage post October 2008 triggered a contraction in Montenegro’s economy. While Foreign Direct Investment (FDI) held up, with the global-asset-bubble-burst late 2008, it quickly affected Montenegrin assets and overflowed into the banking system.

Historically, Foreign Direct Investment focused on the tourism and financial sectors, triggering a cycle of wealth effects. As property became more valuable, so it was used as an asset against which to secure loans, which in turn funded Montenegro property building activities. Sound familiar?

Many of Montenegro’s domestic banks, which lacked foreign parent support, suffered more. But recent analysis by the (IMF) indicates that Montenegro seems to have got its bank re-capitalisation programme at just the right level, unlike some of its European neighbours. Montenegro has gone through three years of banks balancing their books better. Banks have refocused on getting deposits into the banking system and off-loading problem loans, re-aligning their lending with their domestic deposit base.

Getting a mortgage to buy Montenegro property is likely to remain challenging in the short term as banks re-balance themselves and their risk appetite remains wary.

There is still strong growth in tourism-supported, real economic growth, which was 2½ percent in 2011, bringing the country back to its pre-crisis level of 2008. The  projected downturn in the euro area is likely to hamper growth in 2012.

The Government continues to establish a business and investor-friendly, open economy with low taxes and minimal state interference. Montenegro does not issue its own currency, but has been using the euro as legal tender since 2002. Montenegro applied for EU candidate status in December 2008 and was confirmed as candidate 2 years later, in December 2010.

Montenegro has shown there is life as a divorcee. Having been through difficult times, it is dusting itself down and is showing it “can keep its head” in Europe, “when all about” them “are losing theirs” (as Rudyard Kipling might say). In fact it is racing its former  partner now, into the EU. Montenegro’s Prime Minister, Milo Djukanovic, has said he hopes his country will succeed in joining the EU before neighbouring Serbia or Macedonia.