When clients talk to me about Poland, they usually talk of wanting to diversify their property portfolio and view Poland as a sound place to invest money.

Is their faith well-founded? And should we care a Zloty? 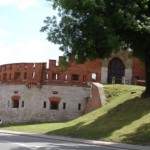 We’ve seen the David: Donald Debacle when it came to David Cameron negotiating a deal for Britain in the European Union, with Donald Tusk, President of the European Council (and Polish politician). It just goes to show how the profile of Poland has changed over the last decades. Tusk is now a Statesman, representing the interests of Europe, leading the EU Summits.

One of the latest examples of this is the French bank BNP Paribas, which seeks over one billion euros of cost savings at its investment bank over the next three years. The inevitable job losses are mooted. Whilst it talks of cuts to its investment banking staff in parts of Europe in 2016, it plans to recruit in lower-cost Poland, increasing its staff there by about half to 507 employees.

Another firm, Hem, an online furniture business based in Berlin, chose Poland for its furniture production, with the Warsaw team responsible for bespoke furniture orders, sourcing and manufacturing. They cite the combination of great quality, price and its strategic location for choosing Poland, not to mention the hard-working staff who have high standards of work.

Poland, as Europe’s sixth biggest economy is enjoying rapid economic expansion. Growth reached 3.6 percent in 2015 buoyed by strong domestic demand, healthy salary levels and its people becoming more comfortable with the use of credit. Unemployment has reduced and the economy is operating at close to full capacity. The International Monetary Fund (IMF) sees growth staying strong in 2016 and accelerating to close to 4 percent in 2017.

Might the Ultra conservative government be the fly in the ointment?

2015 heralded a new President in Poland, Andrzej Duda and Prime Minister, Beata Szydlo, both of the conservative Law and Justice Party (PiS), which favours stronger relations with its neighbours but not necessarily Europe as a whole.

Yet this has not stopped per capita income doubling over the last 25 years. The economy has done well since joining the European Union in 2004, maintaining momentum they kept their ‘head when all about are losing theirs…’ – in the words of Rudyard Kipling – during the economic downturn

It’s also getting easier to do business and start a company in Poland, according to the World Bank’s 2015 Doing Business in Poland report. The darling economy of central Europe could even become the continent’s growth engine, according to a 2015 report from consulting firm McKinsey.

Warsaw – the babe of Europe?

Warsaw the country’s economic and political capital, has become a bit of a come-back kid. Destroyed and rebuilt so many times, it last lay in ruins after the World War Two. While Warsaw’s old town, or Stare Miasto, was restored to its former glory, its modern-day persona plays on its central location, along with its educated and inexpensive workforce, attracting companies like Google and Facebook.

Krakow – for those in the property-know

Whilst the two cities share the same wonderful Vistula River views, when it comes to food, culture and architecture, Krakow in Poland’s south has typically grabbed the attention.

For tourists it is the perfect ‘getaway’ city for culture vultures. It is a very-popular city destination for lots of British and international tourists, by virtue of its unique, original medieval square, architecture, cultural attractions such as Wawel Castle, traditional food markets, proximity to Auschwitz, salt mines and many other attractions which bring millions of tourists each year. Serviced by easyjet, Ryannair and BA it is easy and cost-effective to get to, for a weekend culture break.

So for property investors, this country makes sense and its major cities provide a wealth of choice for buy-to-let-ers as well as holiday home investors.