Late 1990s when banks and insurance companies went on an outsourcing frenzy, their customers experienced a challenging time speaking with staff
in a different time zone, with a distinct culture and who were often not equipped to deal with more complex customer problems. China had been a source of cheaper manufacturing and the likes of India seemed to be the natural progression for outsourcing back office job roles. 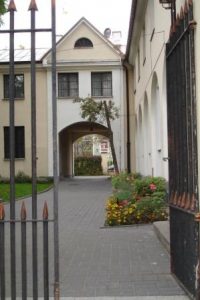 But then came a bit of a backlash and some companies started to bring some of those jobs back a bit closer to home.

Countries like Poland have benefited from that trend, offering a geographical base at the heart of Europe. It is closer culturally to European-based Head Offices, as well as having a highly-educated workforce who can speak fluent English.

Poland, with a population of 39m is the European Union’s sixth most populous nation. Poland offers global companies the opportunity to cut costs without losing expertise or skills. University-educated Polish workers have a broad range of professional skills and a greater repertoire of European languages than most Asian countries, but are still cheaper to employ than University graduates from Germany, the UK or the US. Nearly half a million graduate from Polish Universities each year, a sizeable cohort, from 18 fully accredited traditional Universities and other further education institutions. Two universities in particular – Krakow’s Jagiellonian University and the University of Warsaw – are of international-ranking-calibre. Many graduates from the University of Warsaw computer science department have invitations to go to Silicon Valley

From 43,000 jobs in 2006, outsourcing is expected to employ almost 200,000 people in 2017, according to a forecast by McKinsey. That growth rate means that in many cities, as much as 60 per cent of new office construction is being built in order to serve the sector. Some estimates put the potential job creation count at 500,000 employees in the coming decade, requiring a long and lucrative pipeline of property projects.

What makes Poland different to other central or Eastern European countries?

Interestingly Poland isn’t all about its capital city for investment like many other countries, it has six regional cities: Krakow, Lodz, Wroclaw, Poznan, Gdansk, Szczecin.

In some city areas, Special Economic Zones (SEZ) have been set up and operating over many years, designed to create jobs and generate wealth locally. Certain conditions have to be met for a SEZ Licence to be granted, which, in turn, confers special business reliefs on participants e.g. tax reliefs. There are twelve of these SEZs, including Krakow, Łódź and Katowice. According to property services company JLL, the country’s outsourcing industry accounted for 65 per cent of all leased offices rented outside Warsaw in 2014.

Companies like Capgemini have their business services functions in Krakow, staffed by professionals: lawyers, software designers and creative directors. Shell runs more than $1tn of cash transactions each year through its offices in Krakow. All of these workers need accommodation.

Katowice has attracted many Telecommunications and Technology firms such as IBM, Oracle, Orange Poland, Rockwell Automation and the likes of Cap Gemini and financial services provider ING have a base there.

Once a centre for textiles production, Łódź has attracted Procter and Gamble, ABB, and Dell, as well as nurturing a Bio Tech industry and hosting a Technology Incubator. It is also now a base for Accenture, Hewlett-Packard, Gillette and even India’s own outsourcer Infosys. Between them, they employ thousands of workers.

Wroclaw, renowned for its beauty and history – it rivals Krakow’s Rynek Glowny with its 13th-century market square – it is emerging as one of Europe’s most important financial hubs, as investment pours in to the country’s outsourcing industry. Credit Suisse, UBS and BNY Mellon plan to boost worker numbers here in the medium term.

Procter & Gamble oversees and manages its European logistics and supply chain operations out of Warsaw. The capital city is also the base for Citigroup’s global anti-money laundering operation.