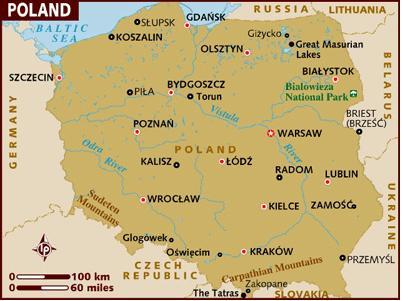 Poland has grown up on the World stage as a world-class location for the Business Services sector. It has the perfect European location at its geographic heart, a well-educated workforce and is politically, socially and economically stable. In recent years, the business services sector has grown, to the stage where it employs c.100,000 people in shared service centres, outsourced centres and Research & Development

The capital of Mazowieckie area since the early 17th century. It is the largest centre in terms of industry, culture and tourism. This was a market and defensive township as early as in the 10th century, but only officially a town from the mid 13th century onwards. As the years passed, Warsaw underwent a Swedish invasion and the two World Wars were hard on the city. Warsaw has its own Stare Miasto, (or Old Town) and Zamek Krolewski (Royal Castle). It is a World Heritage Site and an example of faithful reconstruction from its pre-War state, in many cases down to the finest detail.

The most impressive buildings in Warsaw are the Royal Castle, the Wilanow Palace and Park and Lazienki Park with several palaces en route. A quite different scene is that of the city centre proper, dominated as it is by the imposingly stark Socialist-R 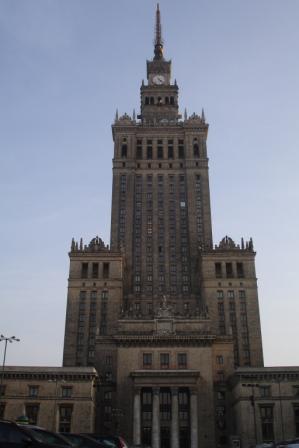 ealist architecture of the Palace of Culture and Science.

The lion's share of investment flowing into Poland is going into the capital. Here, wages and employment are rising faster than the rest of the country. One of the fastest growing cities in Europe, the number of professionals moving to Warsaw to work is expected to increase significantly. It has a population of just 2m (39m nationally), this is a small population for a capital in a country of Poland's size.  Warsaw is where increasing numbers of people migrate to, in search of jobs and a better standard of living. Its population growth will create an even more dynamic property market.

Most will need to rent before they can buy - so we will see a combination of  increased demand for rental and owned property. Warsaw is where Poland's new aspirant and newly affluent middle classes are being created, and it is this sector of the population that will drive growth in the Warsaw Property market.

A city that was the capital of Poland for centuries. In 1992 it bore the title of "European City of Culture”. The heart of the city is the Stare Miasto, the Old Town and its Jewish quarter which is very centrally located, called the Kazimierz district. It is famous for its royal residence, Wawel Castle and is one of 12 places listed by UNESCO as a World Cultural Heritage site.

With its compact central area, superb historic facades and delightful surrounding countryside, Krakow, nestling in the Vistula valley which runs between the Krakowsko-Czestochowska Jura or Upland and the foothills of the Carpathian mountains, ranks as a unique monument and is without doubt the most attractive of Poland's cities. Krakow is also 70km east of the infamous Auschwitz-Birkenhau, the former Nazi concentration camp.

It is a large university city and a favourite weekend break destination, with easy access through the numerous airports and airlines that fly here, as well as onto the largest of Poland's ski resorts, Zakopane.

With low-cost flights to Krakow's international airport, house prices have risen because of investment by Irish, British and German investors. Krakow is seeing the next wave of growth following Warsaw. Check out Property in Krakow

Pronounced "Woodge" in English, this booming city is rapidly expanding culturally, demographically and economically. With a population of nearly 1 million, it is the second biggest city in Poland, after Warsaw. Many blue chip international companies have been attracted to Łodź, names such as: Dell, P&G Gillette, Bosch Siemens, Ikea, DHL, Ariston. Why have they been attracted to Łodź?

Well it could be that it is located at the heart of Europe and so makes it a great hub for commerce and transportation, not to mention the well-educated, highly skilled workforce. It is located at the crossroads of 3 major European routes: E75, E30, E67 (part of the Trans-European road network). Two new motorways connect it further- the A1 spans the country from North to South and the A2 links Berlin with Moscow and Warsaw, East to West.

In addition a new high-speed rail link to Warsaw, reduces travel time to Warsaw to just under an hour (the same time as getting from some of the suburbs). Take a look at Łodź property or call us on +44 (0)1932 849 536

One of the most beautiful Polish cities and home of Lech Walesa, the Polish politician and former trade union/human rights activist. Lech Walesa co-founded Solidarity (Solidarnosc), the Soviet bloc's first independent trade union, won the Nobel Peace prize in 1983 and served as President of Poland from 1990-1995.

On September 1st 1939 the German bombardment of the nearby Westerplatte penisula launched World War II. Apart from Westerplatte, the most eagerly-visited attraction in the Gdansk area is the city's Main Town full of charming corners and featuring fine churches, decorative tenement houses and museums. Buildings like The Church of The Blessed Virgin Mary (the largest in Poland) and Main Town's Gothic-style Town Hall with its 82m tower are must-see places in Gdansk for tourists. Catching the eye is also the Old Crane in the port area on the Motlawa, once serving to load and unload goods and one of the largest of its kind in Medieval Europe

Formerly known as Danzig pre-war, its historical architecture is not dissimilar to that of Amsterdam. It is in a strategically important position at the meeting point of the Wisla and the Baltic. Its shipyards remain a powerful emotional symbol of a once great economic driver, although now its status as a major employer is diminishing and new industries like communications and IT are taking over.

Katowice is the largest city and capital of the Silesian district, in Polish known as GOP (Upper Silesian Industrial Region), and one of the most important cultural, academic and economic centres in Poland. With a population of 300,000 and 28 active universities, it hasn’t got the beauty of Krakow, or the quaintness of parts of Warsaw, but it has an international airport and rail links which make it important for business and industry in the area. So from an investment perspective, it should not be overlooked.

Katowice is a Special Economic Zone, which provides financial incentives for businesses to locate there. This has attracted over 36 service centres to operate in Katowice and the surrounding area (Silesia Metropolis), employing 7,500 people in 2011. 75% of Service Centres here have been established since 2005. It now represents 10% of the number of service centres in Poland. International companies like: CapGemini, PwC, ING, Rockwell Automation and Ericsson rank among the companies who have opted for Katowice, as a base for some of their operations.

Katowice airport, KTW in Pyrzowice, is the 3rd busiest airport in Poland, with connections to the European transport hubs e.g Frankfurt, Munich, Dusseldorf. Krakow airport is also within 100km, as is Ostrava airport in the Czech Republic.

Located in Upper Silesia, a South-Westerly Province of Poland, Katowice is an important transport hub with easy connections to Wroclaw, Krakow, and Czestochowa. Katowice is a capital city of Śląskie Voivodeship (Silesian Province) located in southern Poland.

Unique to Silesia is its technical heritage from its industrial history. It has coal and silver mines with railways, shafts and tools from the past two centuries. Medieval castles dot the area, while the palatial homes of its richest citizens from the 18th and 19th centuries are now used as museums, schools or hotels.

Although the historical architecture of its Rynek, (main square), disappeared in the 1950s to give way to Communist-era buildings, many established Art Nouveau and modernist buildings remain. The Rynek, now pedestrianised, is a prime shopping area.

Cosmopolitan and contemporary Katowice has one of Europe’s earliest skyscrapers, Drapacz Chmur. Its vibrant cultural scene is led by Poland’s leading orchestra, the National Symphony Orchestra. The avant-garde concert hall and sports centre, the Spodek, is the venue for year-round performances.

The 4th largest city in Poland, with a population of 664,000 and is one of its oldest. Its special character possibly comes from the fact that it contains the souls of two great cities; Breslau (Slav by origin but for centuries German) and Lwow (now L’viv) capital of the Polish Ukraine, annexed by the Soviets in 1939.

Wroclaw never stopped developing to reach its status now as one of the most dynamic and interesting cities in Poland. It is today a University city full of life and interesting historical buildings like the 14th-15th century Gothic Town Hall, the famous Leopoldin Hall at the University in the former Jesuit college, the 13th-15th century Gothic Cathedral of St. John and many other churches, monasteries and convents, tenement houses and palaces. The City has a vibrant cultural scene and has a great theatre tradition.

As a city on the Odra River, Wroclaw has over 100 bridges over the main river and its numerous streams. The best-known bridge of all, is the Grunwaldzki suspension bridge. The city also boasts Poland's largest and most famous zoo, which was founded in 1865. Machinery and electronic industries help drive the local economy. For Property in Wroclaw call us on +44 (0)1932 849 536 or click on the property link.

To give you more background as to why you might consider investing in Poland, go to the Poland property-Why Invest section, or maybe look at the individual towns and cities profiled in each country's Poland Towns and cities like Krakow, Warsaw section. Or simply take a look at the Polish Properties

To see what property is available in Poland, click here on Poland Property. If you cannot find what you like, please contact us on +44 (0)1932 849536, as we have lots more properties than are shown on the website.

Property Venture® is an award-winning, Boutique property consultancy that helps time-strapped UK-based busy business people and expats who don’t have the local presence, professional connections or capacity, to buy the ‘right’ properties for them.

On the Advisory Board and a Member of the Association of International Property Professionals (AIPP) the business has been vetted, approved and voluntarily commits to Industry Regulation and the Professional Code of Conduct. As well as members of the UK Property Redress Scheme. We are known for our quality customer service and non-pressurised approach to sales. Take a look at what our clients say